With shlokas, English translation and commentary in the words of Sri Aurobindo. Contains Index, all the Names of Arjuna and Sri Krishna used in the book, with their meaning.

Categories: All Publications, On The Bhagawad Gita

Sri Aurobindo’s comments on Gita are found scattered over a number of his works such as The Essays on the Gita, The Synthesis of Yoga, The Life Divine etc. This book is an attempt to put together in continuity and with a cerain completeness Sri Aurobindo’s Commentary on the Gita from all the above sources.

At some places where it was felt to be of extra help in bringing out the full meaning of the text, passages (altogether eleven) have also been included from the works of the Mother. Since its first print in 1992 this book has reached thousands of gita lovers. 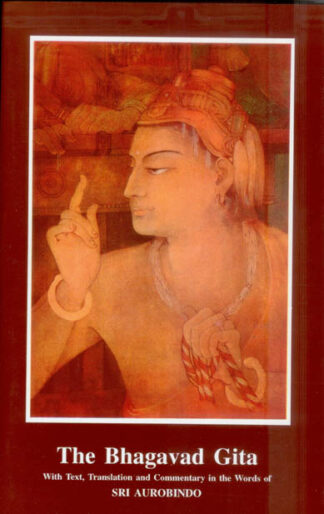