The book is an attempt to present the true meaning of the Veda in the light of Sri Aurobindo’s experience and interpretation.

Categories: All Publications, On Indian Culture and the Veda

Indian tradition holds the Veda to be the supreme revelation of the Creator, and all other sources draw their authority from it. However, misconceptions abound among both traditional Indian commentators and modern scholars. As Sri Aurobindo says, “..for some two thousand years at least no Indian has really understood the Vedas.” At best commentators have taken the Veda to be a manual of ritual to appease gods, who give man cows, wealth, rain etc. but modern scholars go even further in calling it the incoherent babblings of primitive Man awed by the mysteries of Nature. The current book is an attempt to present the true meaning of the Veda in the light of Sri Aurobindo’s experience and interpretation. The Veda is a description of the journey of Man from Matter to the Spirit, of the psychological route he takes to grow out of an almost purely physical consciousness to the consciousness of the Truth, the Right, the Vast. The author also discusses archaeological, literary and various other evidence in support of this perspective and the reasons of how so great a disparity in the understanding of so essential a scripture occurred.

PART THREE : THE HISTORY OF THE VEDIC AGE

XV. The Veda in the Eyes of the European and Indian Historians
XVI. A Broad Perspective on the History of India
XVII. The History of the Vedic Age

APPENDIX A : The Origins of Aryan Speech
APPENDIX B : A Note On the Vedic Literature

“At the root of all that we Hindus have done, thought and said through these many thousands of years, behind all we are and seek to be, there lies concealed, the fount of our philosophies, the bedrock of our religions, the kernel of our thought, the explanation of our ethics and society, the summary of our civilisation, the rivet of our nationality, a small body of speech, Veda. From this one seed developing into many forms the multitudinous and magnificent birth called Hinduism draws its inexhaustible existence. Buddhism too with its offshoot, Christianity, flows from the same original source. It has left its stamp on Persia, through Persia on Judaism, through Judaism, Christianity and Sufism on Islam, and through Buddha on Confucianism, and through Christ and mediaeval mysticism, Greek and German philosophy and Sanskrit learning on the thought and civilisation of Europe. There is no part of the world’s spirituality, of the world’s religion, of the world’s thought which would be what it is today, if the Veda had not existed. Of no other body of speech in the world can this be said.” 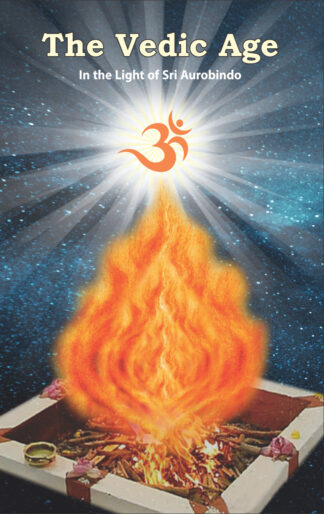